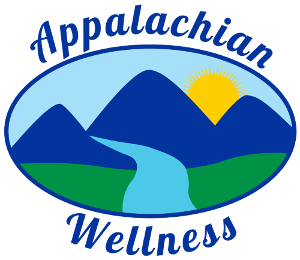 “… the use of MEA in aerosolization experiments is likely to underestimate the release of S. chartarum particles from building materials.”  This is very important information; what they’re also saying in this article is that when these bugs are growing in building materials, they’re more prone to release toxins into the air/environment.  Perhaps this is because building materials are not an ideal growth medium and thus the bug senses it needs to “protect it’s turf” from competing organisms for the given resources (cellulose/”food”, etc.) to be had with other organisms (us) being in unintended consequence/”collateral damage”.  “Nothing personal, we’re just doing business in a ‘bug’s’ (pathologic microbe) life!”

Mold-damaged building materials may contain biologically active agents, such as (1–>3)-beta-D-glucan, allergens, and mycotoxins, which have been associated with adverse health effects. The release of these components from contaminated surfaces into the air is not well understood. The purpose of this study was to characterize the release of particulate (1–>3)-beta-D-glucan from the surface of artificially mold-contaminated materials. Aspergillus versicolor and Stachybotrys chartarum were grown on malt extract agar (MEA), white ceiling tiles, and a wall-papered gypsum board for 1 and 6 months. The (1–>3)-beta-D-glucan on the surfaces of moldy materials and in air samples collected from these materials was analyzed by the Limulus amebocyte lysate assay. The aerosolization ratio was defined as the amount of (1–>3)-beta-D-glucan in the air divided by the amount on the surface. The results showed that the aerosolization of particulate (1–>3)-beta-D-glucan was influenced mainly by the type of material and the fungal species. For A. versicolor, the aerosolization ratios of particulate (1–>3)-beta-D-glucan released from the three types of material were not significantly different. However, the ratios for S. chartarum released from ceiling tiles and gypsum board were significantly higher than the ratios for this organism released from MEA (P < 0.001) and were comparable to those for A. versicolor. These findings indicate that the use of MEA in aerosolization experiments is likely to underestimate the release of S. chartarum particles from building materials. These results provide important background information for design of future laboratory or animal experiments, as well as for interpretation of field measurement data.PMID: 18065630 PMCID: PMC2227723 DOI: 10.1128/AEM.01791-07