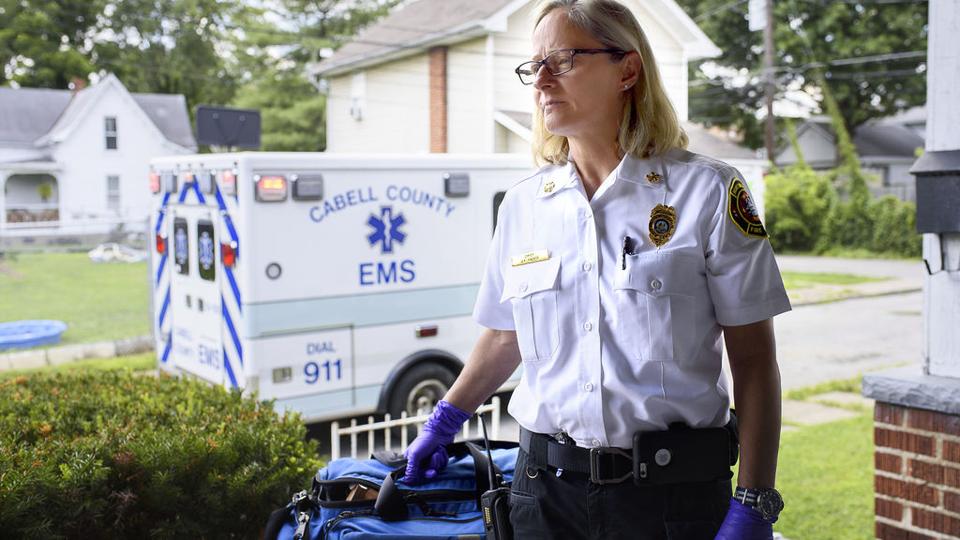 For a city its size, Huntington, West Virginia, has a surprising number of superlatives to its name — none of them positive. For years, it has been called the most obese city in the United States, with roughly 40 percent of its population of 50,000 qualifying for that dubious distinction. In 2008, the CDC called Huntington America’s unhealthiest city.

Now, according to Heroin(e), a new documentary released this week on Netflix, it is also the overdose capital of the country. The film reports that in 2015, Huntington saw 10 times the national average of opioid overdoses, with as many as 26 in a single day. The average, says Huntington Fire Chief Jan Rader, hovers around five to seven.

And it’s not just heroin or prescription painkillers like Vicodin and Percocet that are contributing to what amounts to a public health crisis. According to a young man in the film named Mickey, who says that 2016 was the first year in recent memory that he was not among the overdose tally for the year, it’s also the synthetic opioid Fentanyl, which is 50 to 100 times more potent than morphine, and elephant tranquilizers. In 2015, the crisis cost Cabell County, where Huntington is located and whose total population is less than 100,000, approximately $100 million. Nationwide, according to data on the film’s website, the cost is $78.5 billion per year. As Rader puts it, at this rate, the opioid epidemic could bankrupt the country.

Heroin(e) offers an optimistic counter-narrative. Directed by Elaine McMillion Sheldon and produced in collaboration with the Center for Investigative Reporting, the film focuses on three women on the epidemic’s front lines in Huntington. Together, they make a powerful case for compassion and for second, third, fourth and 10th chances. “I don’t care if I have to save somebody 50 times,” says Rader, who personally delivers the overdose antidote Naloxone to Huntington’s fire houses. “That’s 50 chances to get into long-term recovery.”

Alongside Rader, the film spotlights Judge Patricia Keller, who oversees the Cabell County “drug court” with a stern but maternal warmth, and a realtor named Necia Freeman, who organizes a ministry for sex workers. These women represent a humane alternative to the harsh, judgmental and draconian approach to fighting addiction that was normalized throughout the 1970s, ’80s and ’90s. They treat the addicts in the film as individuals, not scourges of society. The effect, at least in the film’s telling, is reform of an unprecedented degree.

Just east of the Ohio border, Huntington is part of the region that J.D. Vance examines in-depth in his 2016 memoir Hillbilly Elegy. In it, Vance describes a mentality of hopelessness borne of economic disenfranchisement, lost jobs, shuttered coal mines and factories, and a growing sense of estrangement from the Scotch-Irish way of life of its 19th and 20th Century homesteaders. Vance’s ostensible aim was to humanize and help explain those who supported Donald Trump in the 2016 campaign, but he just as effectively illuminated the myriad causes of the opioid epidemic in places like Huntington. Beyond the work-related injuries that can lead to painkiller addictions, which can subsequently lead to heroin addiction, the people of Appalachia, in Vance’s account, are also trying to numb a far more existential kind of pain.

It’s important to realize that addicts are actually PEOPLE.  People who were conceived then born with a genetic challenge–a propensity to addiction.  I cannot count the number of addicted patients I’ve cared for since I started doing addiction medicine who I thought didn’t have a snowballs chance in hell of surviving their disease.  They’d relapse continuously, lie, cheat, steal, manipulate and continue this for weeks, months, years.  Then, suddenly, they’d change!

Addiction really isn’t much different from many of the diseases I’ve treated throughout my career.  I’ve cared for ICU patients who had almost zero chance of survival that would rally, recover and walk out of the hospital later.

I’ve learned the humility (the hard way) of not knowing when somebody will die, making predictions to patients, family and friends and then looked like I didn’t know what I was talking about when the patient would recover–or unfortunately, had folks who weren’t very sick at all suddenly crash and die in front of me.

God alone is in control; I don’t make those decisions.