Demi Lovato relapsed on opioids and could have died had she not been administered the life-saving drug — so why is it controversial?

Late last month, news broke that pop star Demi Lovato was rushed to a Los Angeles hospital after experiencing an apparent opioid-related overdose. Paramedics who had arrived at her Hollywood Hills home reportedly gave the 25-year-old singer Narcan, one of the brand names for naloxone, a medication used to reverse overdoses. On Sunday, Lovato posted her first statement since the incident to her Instagram account, admitting that she has relapsed, and will now focus on “her sobriety and road to recovery” as she heals.

Lovato is far from alone. According to the U.S. Centers for Disease Control and Prevention, deaths from opioid overdoses increased five fold from 1999 to 2016. And, CDC estimates show, in 2016 alone, opioids — heroin, fentanyl and prescription painkillers — killed more than 42,000 peoplein the United States.

“The truth is most patients who are at risk for an overdose don’t want to die,” says Dr. Kelly Clark, president of the American Society of Addiction Medicine’s board of directors. “They don’t want to take a risk of dying.”

Thanks to the rescue treatment, Lovato survived and has reportedly remained at Cedars-Sinai hospital in Los Angeles since the incident. But what exactly is naloxone, and how does it reverse overdoses? And where can someone access the treatment? Here’s everything you need to know.

What is naloxone?
Naloxone is a life-saving opioid blocker first approved by the U.S. Food and Drug Administration in 1971. The medication is used to rapidly reverse an opioid-related overdose and stop fatalities. “Naloxone is an important tool used in the prevention of death,” Becky Vaughn, director of the Colombo Plan’s Global Centre for Credentialing and Certification of Addiction Professionals, tells Rolling Stone

How does it work?
The region of the brain affected by opiates like heroin or prescription painkillers also controls respiration, which means opioids taken in high doses can slow down breathing, if not stop it entirely. As an opioid antagonist, naloxone works by binding to opioid receptors in the brain and blocking the effects of other opioids so that normal breathing can be restored and the overdose reversed.

“As long as that naloxone is sitting in that receptor, other opioids can’t get in there and activate it,” Clark tells Rolling Stone. “Because the receptor has a higher affinity for it, if there are other opioids there, [naloxone] takes the place of them.”

While naloxone will only work if someone is having an opiate overdose, the medication is still safe to administer even if you don’t know what substance a person used. Research shows that naloxone won’t have an effect if opiates aren’t found in the body, nor will it cause any harm. 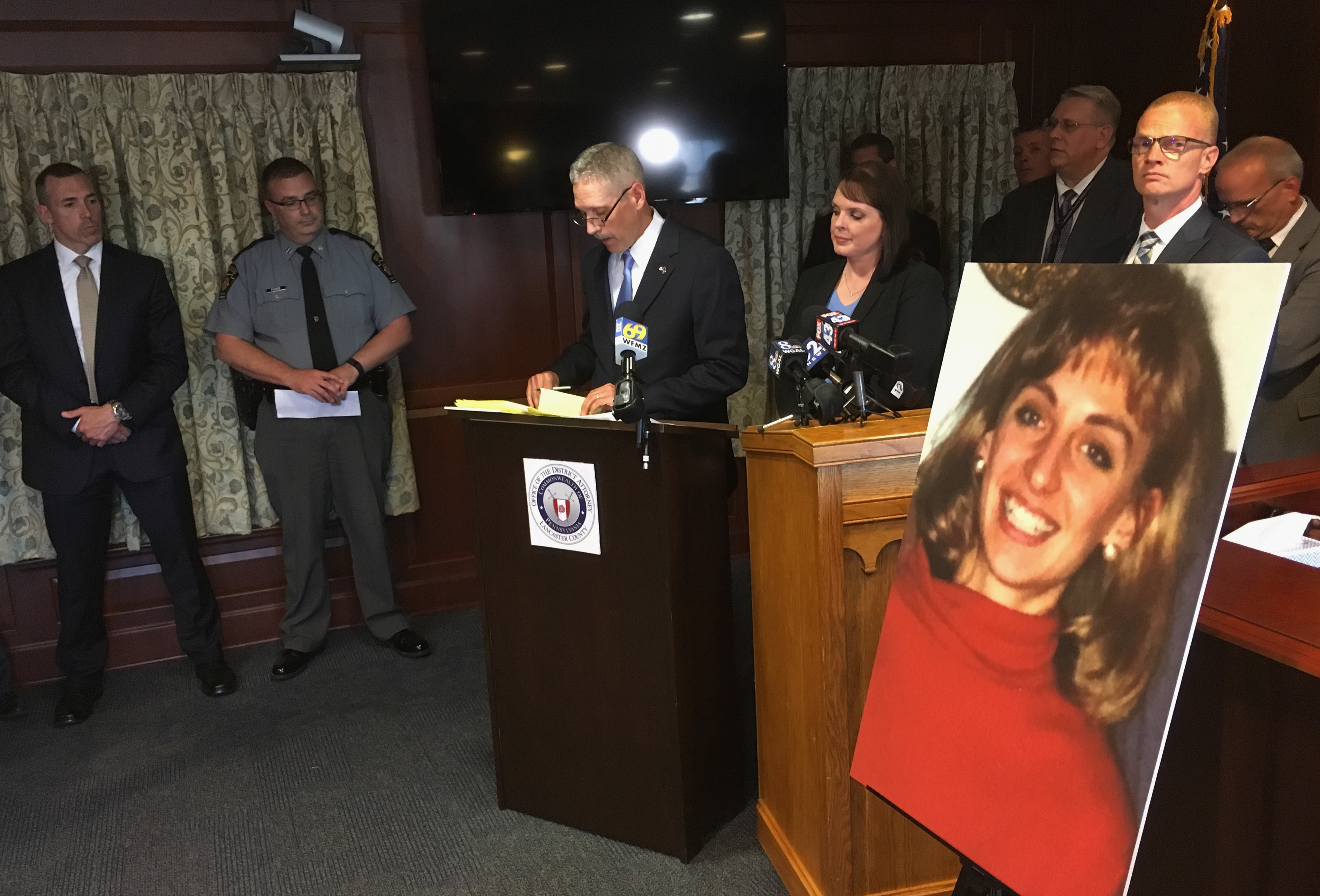 So it’s better to give naloxone even when the drug taken is in question.

“There’s no risk of someone picking up naloxone and it having adverse effect on another family member. This is a safe medication,” says Jessica Hulsey Nickel, president and CEO of the Addiction Policy Forum. “You’re only going to see an effect from using naloxone if you’ve overdose on an opioid.”

How is naloxone administered?
In two ways: Through injection and as a nasal spray. It wasn’t always that way, though. Up until 2015, the FDA had only approved naloxone for injection into the muscles. And for decades, the medication had only been available as  administered most often by first responders and emergency room doctors. It wasn’t until 2014 that the FDA gave the green light to Evzio, the brand name for a hand-held, prefilled auto-injector that delivers a single dose of naloxone through a retractable needle and provides automated verbal instructions once activated — think EpiPen, but for ODs.

Then, three years ago, the FDA approved Narcan, the brand name for a prefilled, needle-free naloxone nasal spray. Narcan — the medication Lovato received — is sprayed into one nostril and absorbed by the mucus membrane. Because it’s so easy to use, Narcan is the version of naloxone that’s most widely available at pharmacies across the country, and can be administered by anyone.

How long does naloxone last?
Naloxone is a temporary antidote, which means it wears off — many times quicker than the initial high. Depending on the type and amount of opiates in the body, it could take an hour or even just a few minutes to lose its effect, Clark says. So multiple doses of naloxone may need to be administered to restore breathing and prevent someone from slipping back into an overdose.

This is the case with fentanyl, experts say, which is a far more potent synthetic opioid that’s finding its way into heroin and prescription painkillers, often unbeknownst to the drug user themselves 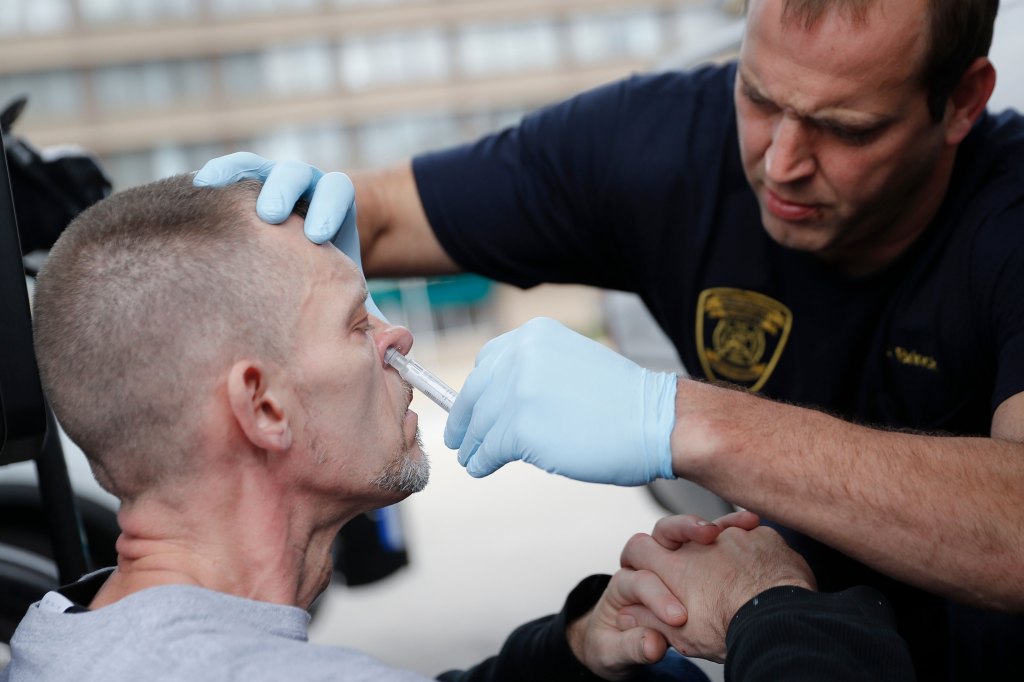 That’s why it’s critical, Clark stresses, that anyone who’s been given naloxone receives medical attention immediately and observed for at least two hours after the last dose. “That person can, in fact, die after they’ve had naloxone, an hour later, two hours later,” Clark tells Rolling Stone.

What happens when someone is given naloxone?
They may go through active withdrawal, experts say, showing symptoms, such as vomiting, anxiety, muscle aches, nausea, sweating, and tremors.

“You do not feel fantastic when you wake up from a non-fatal opioid overdose,” Hulsey Nickel tells Rolling Stone, “but it does an amazing job — the medicine works so efficient and so well to get right to that part of the brain so it can bring that breathing back online.”

The withdrawal symptoms can be mild to severe, depending on the strength of the opioid and the amount of naloxone you need “to kick that out,” Hulsey Nickel says.

Where can someone access naloxone?
You can pick up naloxone through pharmacies, health departments, community-based groups, the doctor’s office and emergency services. But where — and how easily — a person can get naloxonevaries from state to state, Hulsey Nickel says.

All 50 states allow health care providers to prescribe naloxone to anyone at risk of an opioid overdose, according to the U.S. Substance Abuse and Mental Health Services Administration. But only 45 states, plus the District of Columbia, permit third-party prescriptions, meaning that doctors can write naloxone scripts for family, friends, harm reduction specialists and other people likely to encounter someone experiencing an overdose. Those states that don’t: Delaware, Minnesota, Kansas, Missouri and Virginia.

Every state except Nebraska also gives pharmacists the right to dispense naloxone — most commonly Narcan — without a prescription, to anyone at risk of an overdose, as well as their friends or relatives, according to SAMHSA. Many states also allow community-based programs to distribute naloxone at little to no cost.

How much does naloxone cost?
It depends. Most major insurance companies will cover the full price of a naloxone prescription, while some insurers will charge a small co-pay. Over-the-counter naloxone, though, is a bit more costly: Narcan can retail for $145, on average, while Evzio, the auto-injector, can run a person more than $4,000, but its maker, Kaleo, has a financial assistance program but offers it to authorities for $360 for a two-pack, and at no cost to many people with or without insurance.

You may also be able to get naloxone for free or a small cost through a public health department, local community group or overdose response program.

Who should have naloxone?
Anyone and everyone either at risk of an opioid overdose, or who may encounter an overdose, should undergo training on naloxone. Drug users, loved ones, first responders, medical professionals, counselors, social workers, bartenders — the list goes on. 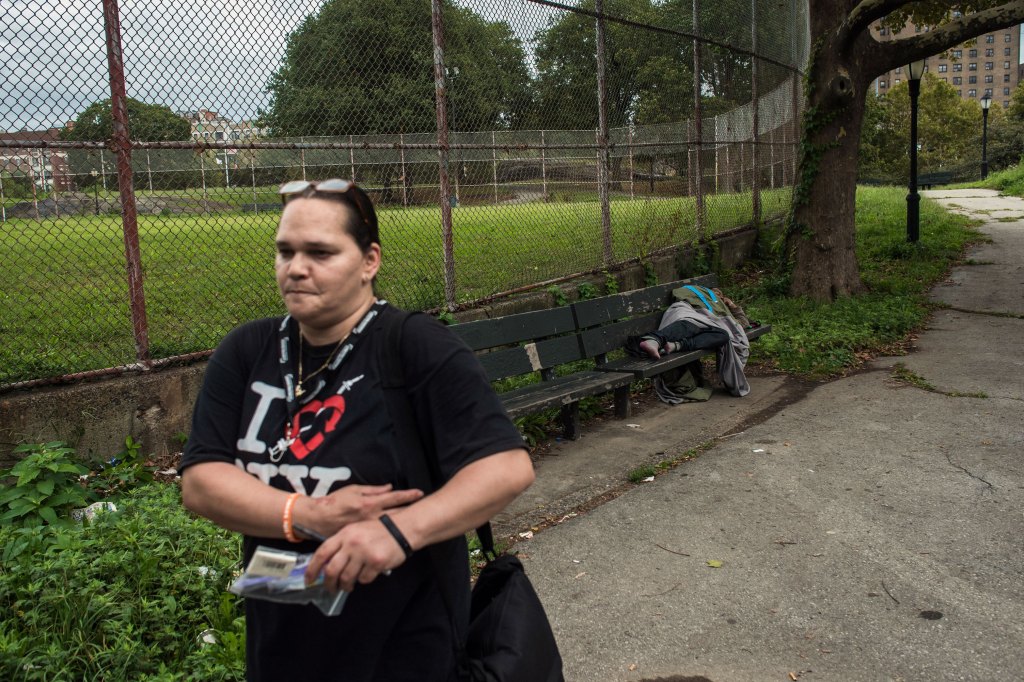 Workers like Clara Cardelle in the Bronx give out naloxone to opioid users, who are at risk of overdosing. Photo credit: Ryan Christopher Jones/The New York Times/Redux

But people at risk of an overdose don’t only include those with an opioid use disorder. Experts say that anyone receiving opioid treatment for chronic pain should also have naloxone at the ready — a practice encouraged by the American Society of Addiction Medicine.

But why is naloxone so controversial?
In March, two economists published a much-maligned research paper suggesting that expanded access to naloxone correlates with an uptick in opioid use. They purport that it’s an example of moral hazard, the economic theory that a person increases their exposure to risk when protected from said risk. Opioid users will continue to use — and even more so — if they know they will be saved from an overdose, the paper claimed.

The researchers received immediate pushback from advocates and public health officials — and with valid reason. Several studies have shown the exact opposite of what the two economists concluded: That broader access to naloxone did not lead to increased heroin use. In fact, some of that research even linked greater distribution of naloxone to a drop in opiate overdose deaths.

And, experts say, not only is making casual inferences between naloxone access and rise in opioid use problematic, it’s also harmful. “It’s like saying more access to condoms increases teen pregnancy rates. That’s just not true,” Vaughn tells Rolling Stone. This stigma, she adds, can keep people from getting “the life-saving help they need.”

There is one thing, though, that the economists and advocates can agree on: Although naloxone is a necessary and life-saving prevention tool, cities and states need to invest more in effective, science-based treatment for opioid abuse.

“If we don’t get them into the kind of treatments we know work, then they will be at risk to overdose again,” Clark says. “And we simply need to stop doing what we know doesn’t work.”

I guess big name entertainers can get the word out about the antidote; it works but is only a temporary measure.