Zebrafish can be key in improving opioid addiction treatment 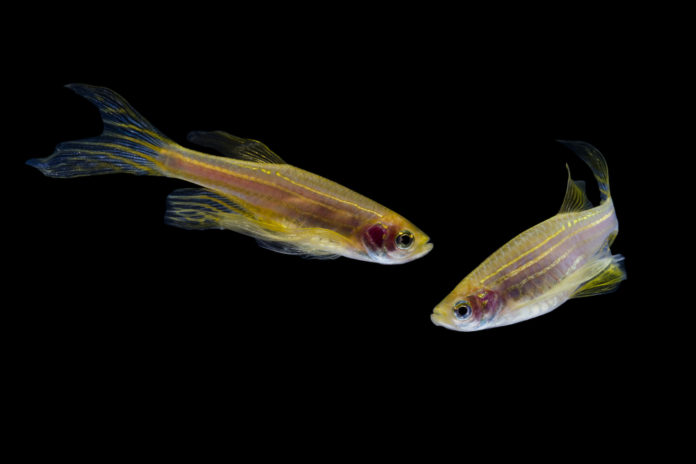 The research, published in the journal Behavioral Brain Research, found that zebrafish can be conditioned to self-administer opioids and develop multiple characteristics of drug addiction.

“Zebrafish have an advantage over mice, rats and other animals used for addiction research in that they enable experiments to be performed in relatively large scale,” said Randall T. Peterson, Ph.D., author and chemical biologist at the University of Utah.

Zebrafish have been used in scientific research since the 1960s not only because they have 70 percent of the same genes humans have but also because they have similar neurological and physiological systems. Yet, Peterson explained that the research wasn’t only motivated by the biological characteristics of zebrafish but by the alarming death data linked to drug addiction.

“Like many people, I’ve been alarmed by the rapid increase in opioid-related deaths and by the millions of people now struggling with opioid addiction,” he said. “My co-author (Gabriel Bosse) and I wanted to see if we could find a way to contribute to the search for solutions. We reasoned that if we could generate a zebrafish model of opioid self-administration, we might be able to use it to screen for new therapies that reduce drug seeking.”

The methods implemented by Peterson and Bosse were modeled after their previous work with rodents and primates. The researchers used a fish tank with two identical platforms on each side. If the fish swam over one of the platforms, a motion detector sensor with a blinking light would allow food to come out. But nothing changed when the fish went over the inactive platform.

When the fish learned what to do to eat, the researchers switched the food for the highly addictive opioid hydrocodone.

“We built the apparatus itself out of inexpensive components — cell phone cameras and off-the-shelf electronic and plumbing supplies,” Peterson said. “Gabriel tied the whole thing together with custom software run on inexpensive computer components. The apparatus is therefore very easy and inexpensive to replicate, which we hope will make it easier for other researchers to adopt.”

Because water continuously flushed the fish tank, the zebrafish had to use the sensor-activated platform in order to get more doses of the drug. In just one week, the fish aggressively triggered the release of the drug more and more — approximately 2,000 times in less than one hour.

If they received a lower dosage, they would attempt to obtain hydrocodone more often.

The zebrafish kept seeking drugs even when the conditions were not ideal: The researchers noted the drug-seeking behavior after the fish were only allowed to get the substance in increasingly shallow water, which zebrafish naturally averse.

And when the opioids were removed from the fish tank, the zebrafish attempted to get the drugs about 200 more times.

“I was surprised to see how rapidly the zebrafish become conditioned to seek opioids and how many hallmarks of human addiction they appear to exhibit,” he said.  “It was also surprising to find them going to great effort and engaging in risky behaviors to self-administer opioids.”

I’ve never thought about getting fish stoned, but it’d be an inexpensive, easy model to do research on!