Behind the Rise in Alcoholism in Women 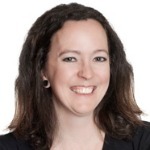 Why women are at particular risk of developing an alcohol-use disorder?

While alcohol use has been on the rise across the board, women in particular seem to be at additional risk of developing alcoholism. In fact, a study recently published by JAMA Psychiatry notes that alcohol-use disorders are on the rise in women when compared to stats from a decade ago. There are several reasons behind this alarming trend, which include the physical makeup of women as well as specific, unique stressors in their lives.

When it comes to physiology, women are at a disadvantage when it comes to alcohol use and how it affects the body. We spoke with Vonnie Nealon, who is a clinical team lead at Warriors Heart, a treatment facility for active or veteran members of organizations that protect and serve, including the military, law enforcement, first responders and more. She explains that women often experience a faster progression of alcohol-related disorders due to a few factors — they are hesitant to seek help; they are less likely to discuss their alcohol use with their physicians; and often, medical professionals fail to routinely ask women about their alcohol intake.

More: Chrissy Teigen Gets Real About Her Struggle With Alcohol

Additionally, women are physically affected by alcohol differently than men due to a few factors. For one, women tend to weigh less than men, and two, women’s bodies generally sport a higher fat composition — both factors that contribute to a lower percentage of water in women’s bodies.

“Alcohol is dispersed in the water in the body, and as a general rule, the more water available, the more alcohol becomes diluted,” says Nealon. “When a woman drinks, her organs are exposed to more alcohol and alcohol by-products than men. This result may cause more damage internally and actually accelerate the disease process.”

While closing the gender wage gap is a vital goal in our society, studies have indicated that another gender gap is slowly slamming shut. While men have historically outpaced women in the alcohol abuse department, a study posted in BMJ Open in 2016 noted that the alcohol-use gap between guys and girls is getting narrower as the years go by.

More: In the Great Debate Over the Healthier Alcohol, Is Vodka Better Than Wine?

Nealon says this may be due to a couple of factors. “As women continue to take on nontraditional roles in the workplace, it appears that many feel the need to become a part of the after-work drinking culture,” she notes. Additionally, she recognizes that women may turn to alcohol to cope with stress or trauma, and those with depression may be more prone to experience drinking problems.

She also explains that the alcohol industry seems to be making an effort to market specifically to women. “The cost of alcohol, including beer and wine, has dropped, and now these products are readily available in the supermarket, which means they are becoming an everyday grocery item,” she explains.

There isn’t a single symptom of alcoholism that can definitively diagnose someone with an alcohol-use disorder, but there are warning signs that can indicate a problem may be brewing.

Here are several signs of alcoholism from the National Institute on Alcohol Abuse and Alcoholism:

While there are a number of treatment options for those diagnosed with an alcohol-use disorder, Nealon notes that some women have obstacles that can keep them from seeking help.

“Many women who have families struggle to fit treatment into their schedules,” she explains. “Group therapy appears to be beneficial as it allows women with the same issues to come together and recognize that they are not alone. Women, however, tend to seek out individual counseling and outpatient programs rather than residential treatment. There is still a stigma toward women who drink, and therefore a stigma against those who actively seek out treatment.”

More: Mom, Are You an Alcoholic?

Don’t let this get you down, however. If you suspect that you or someone you love may be inching toward an alcohol-use disorder, seek support and get help. The NIAAA writes that while many don’t seek help, even those with severe problems can benefit from treatment.

“Lipstick & liquor bottles, the hidden plague in the suburbs” describes this well…