If nothing is done, we can expect a lot of people to die: A forecast by STAT concluded that as many as 650,000 people will die over the next 10 years from opioid overdoses — more than the entire city of Baltimore. The US risks losing the equivalent of a whole American city in just one decade.

That would be on top of all the death that America has already seen in the course of the ongoing opioid epidemic. In 2015, more than 52,000 people died of drug overdoses in America — about two-thirds of which were linked to opioids. The toll is on its way up, with an analysis of preliminary data from the New York Times finding that 59,000 to 65,000 likely died from drug overdoses in 2016.

And now President Donald Trump is declaring the crisis “a national emergency.”

If you want to understand how we got here, there’s one simple explanation: It’s much easier in America to get high than it is to get help.

Over the past couple of decades, the health care system, bolstered by pharmaceutical companies, flooded the US with painkillers. Then illicit drug traffickers followed suit, inundating the country with heroin and other illegally produced opioids that people could use once they ran out of painkillers or wanted something stronger. All of this made it very easy to obtain and misuse drugs.

Meanwhile, there has been little attention to getting people into treatment. According to the surgeon general’s 2016 report on addiction, only 10 percent of people suffering from a drug use disorder get specialty treatment. The report attributed the low rate to shortages in the supply of care, with some areas of the country lacking affordable options for treatment — which can lead to waiting periods of weeks or even months just to get help.

When you put these two issues together, you get the recipe for a disaster — one that has been only further accentuated by the socioeconomic and mental health issues that have plagued the US for years. 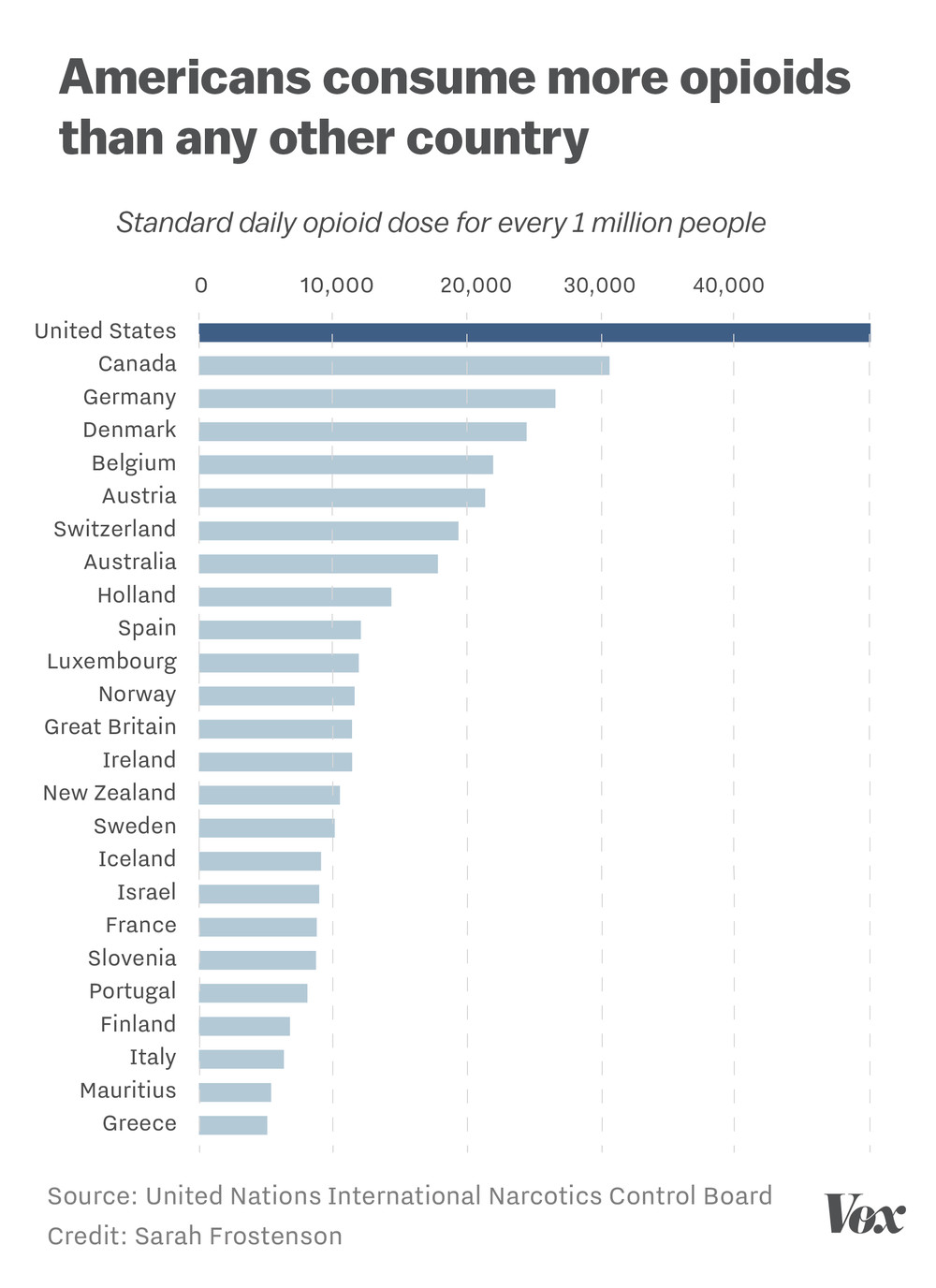 The perfect storm is killing to many people.  We have effective treatment in the form of buprenorphine (Subutex, Suboxone, Bunavail, Zubsolv, Butrans).  We also still have a stigma and many hurdles to getting people the treatment needed.  Restrictions on how many patients a practitioner can have on buprenorphine at any given time is a sick joke!  We need to help sick people with this disease.  The carrot (treatment) should be offered initially with plenty of carrots for all and as little stigma as possible.  For those who refuse the carrot, the stick (punitive actions) may need to follow.