Is the Covid19 Plandemic Viral?

Is the Covid19 Plandemic Viral?

Recall that the virus known as SARS/COVID19 had been so hard to isolate, there were so many false positive tests initially, so many abnormal test results in general.  Clinicians were testing for a “virus” that was not there.  Were they missing a chemical toxin such as graphene oxide, not a virus as the cause?

Fire is an oxidation reaction.

Antioxidating “reducing agents” can be thought of as “putting out the sparks before they start another fire in the cellular machinery of metabolism and/or cause damage to cellular structures”.

Adjuvants are chemicals that enhance the immunogenicity—ability of a vaccine to get the body to produce antibodies.  Graphene Oxide was an adjuvant in the 2019 flu vaccine in different parts of the world.

What kind of problems can graphene oxide cause? 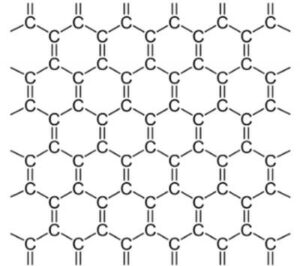 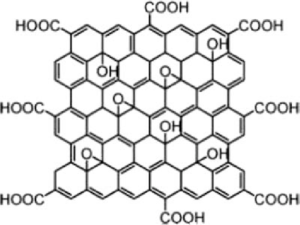 Pneumonia is a common side effect.

Metallic taste in the mouth may be an indicator of exposure.

Inflammation of mucosal membranes may cause loss of taste and sense of smell (we only have 5 major tastes in the tongue.  Sweet, sour, salty, bitter, and savory-every other flavor occurs courtesy of our sense of smell).

Oxidized graphene is in the “shot (not vaccine)” from all of the various manufacturers rapidly distributes all over the body—it doesn’t stay where it was injected as we were earlier lead to believe.

Oxidized graphene is also in many of the masks that are worn for “protection”.  The oxide can be quite strong in aerosols, adhering to the masks and being released from the mask with each inhalation—readily seeding the airways & lungs.

Oxidized graphene has very strong magnetic effects—skin can be magnetized, and iron items can be “stuck” onto the skin.

It’s important to recognize that these effects occur all over the body—not just the skin.

Could “Covid19” be the result of administration of graphene by various methods.

Graphene Oxide is a very potent toxin that can be administered a variety of ways including aerosolization/inhalation, injection, direct contact, mucosal contact, contamination of food & drink.

There is a concept in biology known as a “binary toxin”.

As the name implies, it’s a two-part toxin.

Exposure to either alone may be relatively asymptomatic & unrecognized.

These toxins can be applied/administered in any order A then B or B then A.

Once both are in place however, toxic effects occur.

Physicians specializing in environmental medicine are familiar with the adverse reactions caused by “5G cellular “signals on those of us who for whatever reason have noticeable sensitivities to this form of radiation.

Adding 5G to oxidized graphene doesn’t appear to double the risk—the risk appears much greater than that!

The frequency bands for 5G networks come in two sets.

The coplanar waveguide (CPW) resonator-based sensing scheme examined the radio frequency characteristics of impedance and permittivity for DNA sensing the broad frequency region i.e., 0.5 GHz to 26 GHz.  This suggests oxidation/chemical alteration/destruction of DNA that has bound graphene after exposure to 5G cell signals.

Thus, 5G is one of the frequencies that is highly effective at enhancing the toxicity of graphene (as well as the obvious surveillance benefits of 5G).  Installation of new 5G antenna systems never stopped during the epidemic—why?  Surveillance!

It all started in Wuhan—the first Chinese city to convert to an all-5G network in November 2019.  Coincidence?

The Diamond Princess cruise ship had been anchored at the Yokohama port in Japan since February 3, 2020. A total of 691 cases of the coronavirus disease 2019 (COVID-19) infection had been confirmed as of February 23.   The Diamond Princess had been advertising that it had just converted to 5G service throughout the ship just prior to the emergence of the epidemic.  Many will remember the vivid images of medical crews receiving helicopter-delivered cases of the vaccine to the ship.

Another coincidence?  How much do you believe in serial coincidences?

Once we began to suspect that “Covid19” is not a virus but a chemical intoxicant, we had ideas on how to treat it—with strong antioxidants!

Antioxidants need to work together, not in isolation.

Vitamin C is a powerful antioxidant—but antioxidants don’t occur in isolation.  Typically there is a “chain reaction” of antioxidants that work together.  Just as you’d rather attend a concert with a full band instead of one guy and a banjo—a full suite of complementary antioxidants works more effectively.

Glutathione is a powerful, short lived, very essential antioxidant (or in chemistry terms, “reducing agent”—that removes excess electrons from a molecule) allowing our metabolic system to deal with/remove toxins.  Free radicals are generated during our metabolism and as we try to remove toxins from our bodies.   Glutathione is NOT optional—it’s very essential and it’s oxidized (destroyed) by graphene.

Precursors—used to make adequate glutathione include N-Acetyl Cysteine (NAC, which has suddenly disappeared from www.Amazon.com), Cysteine & Glycine.  Other antioxidant/reducing agents that work with glutathione include Vitamin C, alpha-Lipoic Acid, and other compounds.

Glutathione levels in children are very high— this population suffered very little from this plandemic.

Intensive sports athletes also have high levels of GSH, only 0.22% of them had the illness.

This “illness” is State-Sponsored Bioterrorism.

We are beginning to understand the toxicity of 5G technology.

Many of us do not recognize them when they occur.

Once the BBB is damaged, changes occur, allowing toxins into the supporting glial cells & neural synapses of the brain.

Next, we have an inflamed brain, known as “encephalitis,” that follows the basic rule of biology that inflamed organs don’t work as they should.

Will this combination of technologies allow our thoughts to be read?  The Defense Applications Research Projects Agency has been working on such technology.

There have been increased suicide rates in vaccine recipients and those who have had the vaccine.

We’ve already seen a steady rise in deaths by suicide over the past two decades and a new report by The Well Being Trust released last month found that 75,000 additional people could die from what they called “deaths of despair”.

We’re observing the creation of what JAMA Psychiatry referred to as “a perfect storm” for suicide mortality.  Granted, the isolation imposed by social restrictions has certainly played a role here, the question remains however, could there be a more biochemical mechanism?   Graphene Oxide is toxic.

Is this the purpose of the elites; population control, behavioral control, using remotely excited graphene oxide nanoparticles with 5G to plot and perfect how to better meet their objectives, as stated by UN’s Sustainable Development Goals & Agenda 21.

Shall we sit back, relax, take “the shot” in fear of the “virus”?

Decide for yourself.  Choose wisely!